This is a review that was published recently in February issue of The Historical Novels Review. I’ve included it here because it was such an unusual book, as well as a great translation. 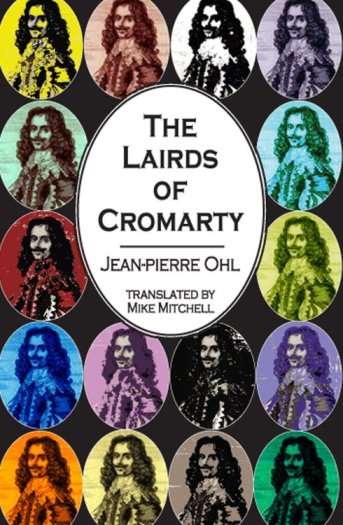 THE LAIRDS OF CROMARTY

Some books are real surprises and this is one of them. What is at heart a fictional detective story becomes in turn a love story, a tribute to friendship and courage, an ode to books and booksellers and to nineteenth-century literature. Perhaps strangest of all, Ohl clearly has an intimate knowledge of Islay and Jura, including the whirlpool of Corryvreckan, as well as of Edinburgh. The story is mainly set in the 1950s when Mary Guthrie, a brilliant English postgraduate from Islay, decides to write a doctoral thesis on Sir Thomas Urquhart, the Scottish author, mathematician and translator of Rabelais, who supported the Royalist cause in Scotland and then died in exile in 1660. The Urquharts – both present and past – play a leading role in the story, as does a renegade catholic priest, Ebenezer Krook, with whom Mary, rather improbably, has an affair. But against Krook’s unfolding family story, the most improbable events start to feel quite normal – even down to Eric Blair, aka George Orwell, who visited Jura regularly in the 1940s, being cast in a life-saver’s role. While researching her doctorate, Mary visits the Urquhart family’s crumbling home in Cromarty where the events of the Spanish Civil War, Sir Thomas Urquhart’s treasure, a Renaissance desk with a coded mechanism for opening its thirty-two drawers, not to mention servants whose nicknames are inspired by golf jargon and a voyeur maiden aunt are just some of the bizarre details invented by Ohl. For all its Gothic twists, this is a book filled with humour, acute observations of character and place, and literary citations worthy of a professional bookseller – Ohl’s other career. It has been flawlessly translated by Mike Mitchell in what deserves to become another of the latter’s award-winning works.